Time Out is bringing a food and culture destination to Waterloo in 2021, but is it a good thing for London?

A new mega-market is coming to London. Global media and entertainment business, Time Out Group, has signed a conditional lease agreement for a market in Waterloo.

Occupying 32,500 sq ft over two floors, and accommodating around 500 seats, the market is due to open in 2021, and planning has already been granted.

Like Time Out’s other markets around the world, the Waterloo venue will bring food, drinks and cultural experiences, based on the company’s well-known editorial curation.

But that is the kicker, how can Time Out still be the food and entertainment compass of the capital and essentially be a competitor at the same time? Besides, Waterloo is already well served by various markets and countless food outlets.

London has capacity – both in terms of supply and demand – for another large scale market. If not Time Out, then someone else would have done it. But that isn’t the point.

Of course, Julio Bruno, CEO of Time Out Group, defends the decision: “London was the birthplace of Time Out in 1968 so it is a true milestone to bring Time Out Market to our city and in such a fantastic location.

“As Time Out has transformed into a global media and entertainment business one thing hasn’t changed: our high-quality professional content about the best things to do in the city remains at the heart of everything we do.”

I’ve visited Time Out’s Lisbon market a number of times not long after it opened and it’s a revelation. Time Out took an old market in desperate need of being brought back into relevancy and given it purpose and a new lease of life.

It works in Lisbon because it’s unique in bringing together amazing food from across Portugal, not just Lisbon. It isn’t really competing with anything else directly. Lisbon is a lot smaller than London and it’s street food scene not so prolific. Restaurants and bars near the market are busy, suggesting that there’s enough trade to go round.

So if Time Out can provide a platform to businesses from across the UK, then I’m fully supportive. There really is some great stuff happening in other towns and cities across the UK. But if it’s London-centric then, in my opinion, that would fail to live up to the opportunity, and call into question Time Out’s editorial integrity.

Perhaps Time Out feels that their competitors for hearts, minds and stomachs will still want to be seen in and advertise with the magazine. I don’t have the answer, but based on their plans for markets in places like New York, Singapore and other major cities around the world, they must be pretty confident with their model.

Of course, Time Out needs to diversify and grow their revenue and stay relevant to survive. The printed magazine is given away free now, so the move into food markets makes sense in terms of influencer marketing.

But by equating their selection for the market with their editorial curation, which is arguably the essence of Time Out’s brand, they are walking a tightrope.

I hope that’s how it works: the market encourages people to try new things and to experience different parts of the capital – or preferably Britain – that they have never visited. If it does that then I will deem it a success.

It will be interesting to see if Time Out can pull it off, not just the success of the venue, which given demand and its location is almost guaranteed, but also the balancing act between London and the rest of Britain, and between editorial integrity, competitors and advertisers.

Previous article Our Epic London Christmas To Do List

Next article Expect the unexpected between PM and AM – Launch Party

The Last Days of Summer – Rooftop Bars and Sunsets 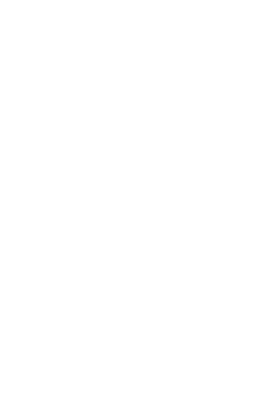