Last Tuesday evening (13/01) my friend and fellow blogger Mike and I decided to meet up in Clapham Junction to watch the 2nd round FA Cup reply between West Ham and Everton. My friends and I have chosen Clapham Junction as it has become the easiest place for us all to commute to as we all seem to be moving slowly ever further outwards.  However there was a problem, our usual football haunts weren’t showing the game, we wandered into the Slug and Lettuce, usually a pretty reliable place to catch the footy by the station and it had changed. The place has not only had a pretty good refurb, it now seems to be much more of a focus on food, but it also they were only showing the Spanish game with no sound on the big screen. ‘Where next?’ onward to The Northcote, but on arrival the screens where blank! NOOOOOO Clapham Junction, why have you forsaken us!! With 15 minutes of the match already gone it became a race against time to find somewhere to watch a game we were only half bothered about watching in the first place.

But now we were on a mission of the utmost importance and we wouldn’t be denied.

Shivering and now cold and wet we reached for our phones to ask Google to help, but we didn’t hold out much hope as we both thought we knew the area pretty well. Then by chance I caught a glimpse of an A board in the distance, could that be a pub on the corner? We decided to take the risk and see if it was and as we approached Mike shouted “I see a TV, I see Football” make no mistake; this was the Pub equivalent of finding an oasis or a Pub in a dessert. “We’re saved” I shouted ironically as I pushed past Mike like a frantic Black Friday shopper. Speaking of ironic the first thing that caught my eye wasn’t the TV’s but the imposing brick pizza oven in the corner.     At this point all I wanted to do was eat, I’d even forgotten about Beer until Mike verbally slapped me by asking me what I was drinking. So with only 15 minutes left of the half we decided have a game of pool, who has pool tables anymore?? This place had 2 in the back room were they also have a big screen, oh and a Fußball table, though it would be a little cramped if they were all in use at once, especially with a big game on.

After 2 games of realising why we didn’t play really play pool anymore and now 2 more pints further a long, we sat down in front of the big screen and watched as the drama unfolded. Part of that drama was me trying to convince Mike should join me for Pizza as it was 2 for 1 on a Tuesday, but alas he’d been sensible and already eaten, where as I hadn’t. In truth the only thing stopping me from buying a Pizza that evening was not knowing what to do with the extra pizza, I couldn’t not have it, yet it was very unlikely I’d be able to eat 2, but it will be one of the reasons we’ll be going back there. The rest of the Drama played out on the pitch, this game had everything as far as FA Cup drama goes and it was a great advert for the competition. West Ham won 9-8 on pens for those of you who didn’t know, so a great win for a London club.

Update: So for the sake of this blog and to give a balanced review we invited some other friends along and headed back to the The Duck to watch Liverpool vs Chelsea Capital One Cup Semi-final 1st leg (20/01). Our first mistake, turning up a few minutes before the game started as the pub was busy, not overly so but the layout of the pub and the screen locations don’t work overly well when you are standing. Thankfully we found a vantage point near the pizza oven, which was also a bit of a curse as 12” pizzas aren’t really the easiest things to eat whilst standing up. Thankfully the staff were really nice and helpful in this regard, their suggestion of ordering just before the match finished and their confidence that a table would become free in time for the pizzas to be delivered was spot on. As was their enthusiasm for the different pizzas on the menu, enthusing about the ‘Louisiana’ Pulled Pork pizza in particular. At this point I would like to add that at no point did they know I’d be reviewing them as up until I sat down to write this, I wasn’t even sure I was going to.

Anyway back to the Pizzas; on a Tuesday there are a few limitations for the 2 for 1 offer. The Mighty Meat Pie, Burrit-o-izza, Pizza Strippers and wonderful sounding Four corners of Fire were off limits. After the moment of sadness subsided we realised that the rest of the menu supplied enough choice for us to choose 4 pizzas. We finally settled on the BBQ King, Meat Medley, Smoky BBQ chicken and ‘Louisiana’ Pulled Pork.

All pizzas were tasty, I particularly liked the taste of the BBQ sauce and the Pulled Pork, but it could have done with a bit more. Generally the level of toppings wasn’t bad, but not overly generous and the slicing was a bit hit and miss, with half drunken roars of MEGA slice and Emergency Slice amusing ourselves a bit too much. We also probably ordered pizzas that weren’t different enough, with only the Pulled Pork pizza tasting notably different from the others. The other pizzas tasted like variations of themselves, which was no bad thing and our fault for letting meat influence our choices not theirs, but in truth the most impressive thing was the price with 4 beers and 4 pizzas coming in at just south of £35.

So if I had to sum up The Duck, it’s not the best at anything and I don’t think it tries to be either. The atmosphere, the food and the fact you can play pool whilst also watching Football are all nice touches. Yeah there’s better places to watch sport and better places to eat pizza but the combination means whenever I’m in Clapham Junction to watch sport The Duck is now officially my go to place, especially if the games on a Tuesday. After all it ‘saved’ my life, not once but twice.

Grumblings From A Greedy Girl Pops Up for American Thanksgiving Interview 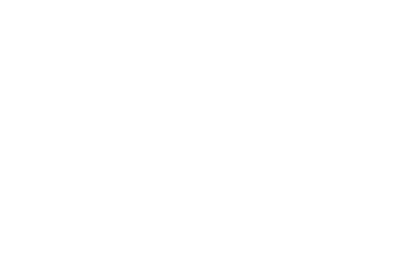 My Night With The Iron Lady and A Pina Colada