Wow It’s been a whole year since I set up London Life UK to be a blog / hobby about life in London and what a year it has been! In truth I had no idea what I was going to write

about. Part of me hoped i’d go to lots of gigs and other cool stuff. Ironically London Life hasn’t allowed that luxury to happen as much as I’d like though that is still a long term plan / dream.

My first post was Much to do about Wednesdays and you could really see I had no idea what I wanted to blog about.  It was splattered with references to Star Trek and Fast and Furious 7 ‘Made in Chelsea’ complete with a dodgy photoshopped picture. Though I’m still a fan of my Monty Python inspired Walkie Talkie building picture. However the first blog post set the stage for the future with mentions of A Grape Night In who we later interviewed and the Udderbelly which we still love even though we no longer speak on twitter (we just drifted apart)

Anyway since then we have previewed Northcote Records bar opening (We will actually review it one day), which is still one of our fav hangouts in Clapham Junction (does that class as a review?) INNside Track take the great honour of being our first guest blogger. A one man mission to mark 150 year of the London Underground by drinking at a pub near all 270 tube stations in the order they were opened. His first post in June 2013 he’d done 40 stations, by August he came back and blogged about being 50 not out. By our guestimates he’s probably around the 100 mark and I’ve promised him a Rocky style celebration at the top of the stairs in front of  Trafalgar Square if he makes it all the way to the end. Will he make it before Crossrail goes live?

I also like to think that London Life UK has done it’s fair share of supporting the great PopUp and Supperclub scene in London and along the way made some great friends. Backdoor Kitchen has become one of our favourites since we interviewed them back in July last year but our favourite has to be their Flavour Expats which brought together some of the best supperclubs from around London. We helped launch Busan BBQ and their AmeriKorean concept and introduced them to Tooting Market based PopUp Dining Club, who we met when we interviewed Edson from the fantastic Santo Remedio. In total we’ve done 15 Food and drink interviews in the past year and you can see them all here is you wish.

We also want to thank everyone who voted for us for the UK Blog Awards 2014, without you we’d never have been Highly Commended 🙂

There is so much I would love to write about here but to avoid me wittering on I’ve devised the London Life UK Awards which may or may not become a thing.

Cordelia has not only brought us some great food reviews, but also brought us a number of non food related blogs including Books on the Underground

Mylen Namocatcat, a recent addition to the team but her restaurant reviews have been a great read

& Justine Middleton whose Jameson Sunday Senses review helped us get High Commended at the UK Blog Awards, but must write more often.

Our Pop Up of the year:

This is a hard one as there has been so many. The one’s by Baileys and Jameson’s were fantastic and get our Highly Commended nod, but I can never bring myself to give them the top prize as they have so much money to throw at these events. The winner must be A Grape Night In’s #WineWednesdays at Platterform, which was based near London Bridge and while the weather might not have always behaved, the food was always fantastic and so were the wines.

Special mention to The Popup Dining Club whose hugely ambitious use of Tooting Market keeps surprising us.

Supperclub of the Year:

Now this one is easy, Flavour Expats by Backdoor Kitchen, part Pop Up part Supperclub. The guys did an amazing job of bringing some of the best Supperclub organisers together week after week. Highly Commended must go to the lovely Yummy Choo Eats who constantly delivers amazing food and  company.

UK Blog Awards for just being awesome, their Tuesday evening #Bloghour on twitter has helped us in ways we never thought it would

Favourite Animal of the Year

Since we know Mylen (@TheHungryCatCat) is actually a person we can’t choose her, so it is an easy choice:  Cafrey the official London Life UK Cat who chose us when we visited Battersea Cats and Dogs home.

Best Moment of the Year

Getting High Commended for Food & Drink at the UK Blog Awards, realising fellow Highly Commended Yorkshire Pudd was sat in front of us and in the excitement I missed who actually won and then knocked over my beer.

A big thank you to everyone who has written for us over the last year and I know I’ve missed a lot of people out but with 118 posts in the last year it would be a near impossible task.

Finally we will finish our first year post by saying there are some changes happening soon and for now I will leave you hanging and let you look at some pics from the last year…….

Oh and thanks everyone for reading, without you we wouldn’t see much point in writing.

Next article The London Pub For Every Occasion – Book Review 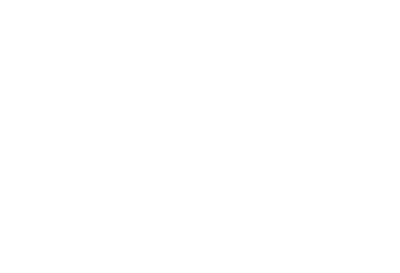 The Brixton Diner joins the Pop- up Scene from 20th March